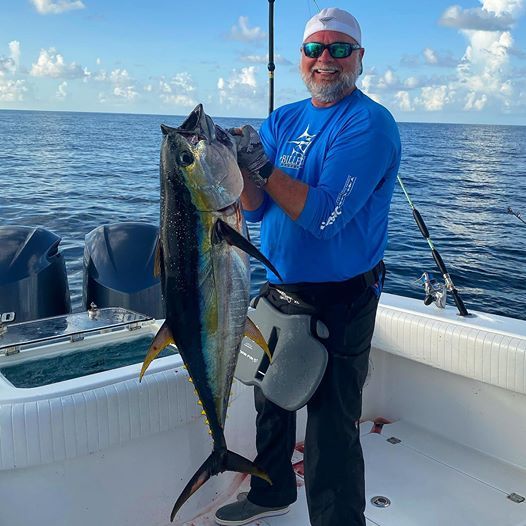 CAN YOU CATCH AND RELEASE DEEP SEA FISH?

Louisiana Bluewater Charter Company is a charter fishing company in Venice, Louisiana. We’ve been helping our customers have a great time on the ocean and reel in the big one that they’ve always wanted for years. Our passionate fishing guides lead corporate charters, combo charters, in-shore fishing charters, and off-shore charters. We even offer housing in Venice with our houseboat options, where you can stay right on the ocean, be lulled to sleep by the sound of the waves, and wake up to gulls calling.

One of the questions we get a lot from our customers is, “Can you catch and release deep sea fish?” After all, many people just like fishing, but they don’t necessarily want to take their fish home and fry them up. Some people just love the challenge of fishing; others want to admire their beauty and wonder at the marvels that nature creates. Below, we’ll take a look at the question of if you can catch and release offshore fish. Call our Louisiana fishing charter company to book a trip today!

CAN YOU CATCH AND RELEASE DEEP SEA FISH?

The answer is yes, you can catch and release deep sea fish; however, it must be done carefully and controlled. The survival of the fish depends on it.

Since offshore fish live in such great depths, they can suffer from a condition called barotrauma. This is where the fish is brought up to the surface too quickly when it’s caught, so they don’t have time to adjust their bodies. This is the same for deep sea divers when they rise too fast. Their bodies can go into shock. This is because these fish have what is called a fish bladder that they use to control their buoyancy with gases from their bloodstream. As they ascend in the water, this gas expands because the water pressure is less, and the gas is normally reabsorbed into the fish’s bloodstream, or it’s released by burping. A hooked fish, however, cannot reabsorb this gas into its swim bladder quickly enough. This can crush internal organs, causing fatal injuries.

While you can mitigate this effect by pulling a fish up slowly from the depths of the ocean, it still may be too fast. The problem becomes that if you release the fish, it may not survive because of internal injuries it has suffered during the trauma of being caught.

CHOOSE LA BLUEWATER AS YOUR FISHING CHARTER OF CHOICE IN VENICE

When choosing a charter fishing company, it’s important to look for experience, know-how, and customer experience. Our team of fishing guides have been helping customers catch offshore fish for years. We know these waters like the back of our hands and can ensure you have a great time offshore fishing. We’re here to help you with all of your needs. We can help a lot, or we can just guide you and let you take the wheel. We’re here to make your deep sea fishing experience yours. Call our charter boat fishing company, Louisiana Bluewater Charter Company, in Venice today!